To share your memory on the wall of Cynthia Anzolut, sign in using one of the following options:

She was born Sept. 5, 1937 in Harrisburg, the daughter of Martin K. and Francis Jacobs Sullivan. She was preced... Read More
Cynthia Jan Sullivan Anzolut, 83, peacefully signed her final scorecard at home in Hershey Sunday afternoon, October 4, 2020.

She was born Sept. 5, 1937 in Harrisburg, the daughter of Martin K. and Francis Jacobs Sullivan. She was preceded in death by her husband Richard A. “Dick” Anzolut of Hershey.

Cynthia was a long-time member of the Ladies Professional Golf Association serving as its President from 1969-73 and a 1981 inductee to the Keystone Sports Hall of Fame. After winning the Women’s Club Championship of the Country Club of Harrisburg four consecutive years while attending Coker College from 1956-59, she turned pro in 1960 and played the tour for 16 years. Upon retirement from the tour, she and Dick formed Tournament Sports, Inc and promoted numerous professional and amateur sporting events, including their local flagship events, the Lady Keystone Open and the Keystone Games. They formed the Eastern Basketball Alliance and owned its most accomplished team, the Harrisburg Horizon. Cynthia was still managing their longest running LPGA Pro-Am for the Catholic Archdiocese of New York.

She is survived by her two aunts Shirley J. Aichele and Nancy J. Deitch of Hershey, stepchildren Richard A. Anzolut Jr, (Kim) of Avon, NC, Lauren A. McClure (Andy) and Gayle E. Anzolut of Harrisburg, and Joyce A. Coleburn (Billy) of Blackstone, VA, as well as three step grandchildren Vincent A. McClure, Caroline Coleburn Noblin and Mary Katherine Coleburn.

A private service will be conducted at All Saints Episcopal Church in Hershey at a later date. In lieu of flowers, memorial donations can be made to Hospice of Central Pa, 1320 Linglestown Road, Harrisburg, 17110. Her arrangements are being handled by Trefz Bowser Funeral Home in Hummelstown.
Read Less

To send flowers to the family or plant a tree in memory of Cynthia S. Anzolut (Sullivan), please visit our Heartfelt Sympathies Store.

Receive notifications about information and event scheduling for Cynthia

There are no events scheduled. You can still show your support by sending flowers directly to the family, or planting a memorial tree in memory of Cynthia S. Anzolut (Sullivan).
Visit the Heartfelt Sympathies Store

We encourage you to share your most beloved memories of Cynthia here, so that the family and other loved ones can always see it. You can upload cherished photographs, or share your favorite stories, and can even comment on those shared by others. 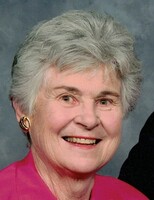